Moving to Edmonton? Here are 10 Things You Need to Know

Known as Canada’s “Festival City” you’ll never be short on things to do when you move to Edmonton. Thriving and packed with culture, Alberta’s capital has a lot to offer residents from all walks of life. For this reason, it’s easy to see why Edmonton is the province’s second largest (and most popular) city! So, if you’re planning a move to this marvelous metropolis, here are a few things you’re definitely going to want to know: 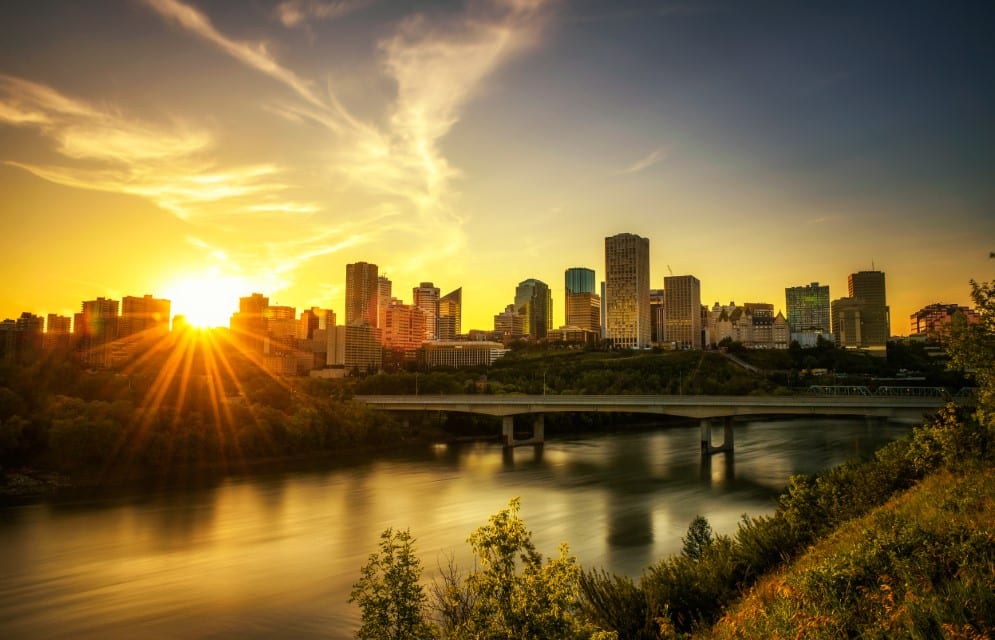 If you’re planning on moving to the Edmonton region, you have plenty to look forward to – but before you move, make sure you check out interesting facts about this amazing city!

1. You Can Count on Sunny Days

In Edmonton, every day is a sunny day – almost. The city gets over 2,300 hours of sunshine every year. With such a dry climate, even during the winter, cloud cover is minimal and the sunshine is plentiful. Even in the freezing cold, the sunshine makes the Canadian winters just a little more bearable.

2. The Homes are Affordable

The average price of a family home in 2018 was $369,607 according to the REALTORS Association of Edmonton, making a move to Edmonton extremely affordable compared to many other large Canadian cities.

3. The Work Commute is Convenient

Owing to the Edmonton Transit System, the city’s popular public transportation network, you can count on buses and trains that get you anywhere you need to be in the city. There’s also the Edmonton Light Rail Transit system that goes even further afield. For drivers, the Anthony Henday ring road, Whitemud Drive and Yellowhead will certainly streamline your commute as well.

Edmonton’s a great place to live, but you mustn’t forget the mosquitos. With over 30 species of the blood-sucking insect in the region, a bug zapper and a few cans of bug spray will go a long way on summer evenings.

5. Avoid the Mall at the Weekend

West Edmonton Mall is one of the 10 largest malls in the world – and with amenities like an indoor water park and amusement park it’s easy to understand why! But once you become an Edmontonian, you might want to avoid WEM on the weekends. Talk about busy!

6. There are no Rats

You read that right. In Edmonton, the only rats you’ll find are in the pet stores. You won’t see any of these critters roaming around the city at night.

If there’s one thing that unites Edmontonians, it’s the Oilers. This team, which plays in the National Hockey League, is a huge source of pride for the locals who celebrate the highs and lows of their wins and losses.

Tourism is a huge industry in Edmonton. In fact, 4.4 million people visit the city every single year, which is more than Calgary and the Rocky Mountain parks, which get 4.2 million and 3 million visitors respectively.

There are more than 30 festivals in Edmonton every year, with classics like the Edmonton Folk Festival that has been popular since 1980, to the Fringe Festival that draws people from all over the world and beyond – even celebrities have been known to stop by for popular performance arts event.

10. Edmonton Has the Highest Streetcar Bridge

Edmonton sets the record for the highest streetcar bridge in the world. You can take a journey on this record-setting streetcar, which was built in 1912, for just $5.

So, sounds like an interesting place, right?! These 10 facts barely scratch the surface of what this unique locale has to offer. If you need any help with your move to Edmonton, let Two Small Men help with your logistics so you can start exploring your new home right away.

For more information on our services visit our website or contact us today for your free estimate!

Moving halfway across the country is no small feat...

How Do I Prepare For My Long Distance Move?

Whether you’re moving hundreds or thousands ...

5 Long Distance Moving Mistakes to Avoid at All Costs

Mentally, couldn’t be more ready to make the...

5 Reasons to Move to Kamloops

You might not hear much about it if you’re f...

Moving to Montreal on a Winter Day — Use These 7 Tips!

Is the idea of moving on a freezing cold day to Mo...